While farming has historically been perceived as a “man’s job”, AgriSompo North America (ASNA) is ready to shine a light on the women in the ag industry who are turning the tables on that stereotype. As a forward-thinking crop insurance provider, ASNA is always pleased to have a chance to highlight diversity in agriculture. To that end, the company invited three prominent industry women to attend a panel group discussion entitled Women Farm, Too! The three panelists included in today’s event were Jennifer Tilton-Flood, April Hemmes, and Rita Herford. 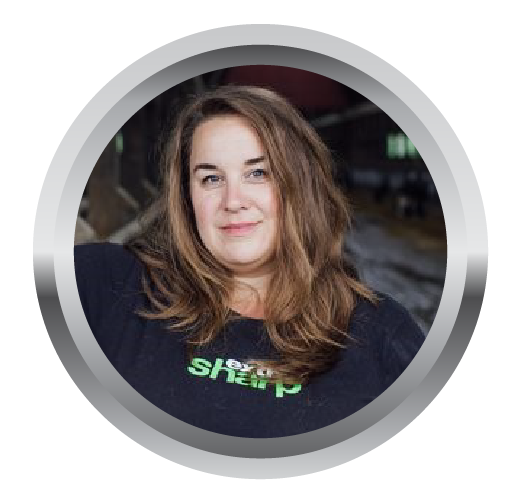 Jennifer Tilton-Flood was one of the first generations of her family not born on a farm, but instead was raised as the daughter of the local John Deere agent. She has always straddled the oft-referenced “urban/rural” divide. She left Maine to “feed the world,” but soon returned when she realized that what she really wanted was to feed her corner of that world. She is a proud farm family member of Flood Brothers, Farm LLC in Clinton, Maine (her husband’s family farm) and a farmer spokesperson for their co-op, Cabot Creamery Cooperative.

While no longer part of the daily chores on the dairy farm, she handles its social media presence, most public relations and communications, and coordinates and hosts as many as 1,000 visitors a year to the farm. She is involved with the farm’s sustainability and nutrient management initiatives, and also advocates at the local, state, and national level on behalf of dairy, agriculture, and rural communities.

When asked what her role is on the farm, she says she’s the “one that will get up, stand up, speak out, and do what needs to be done on the farm.” 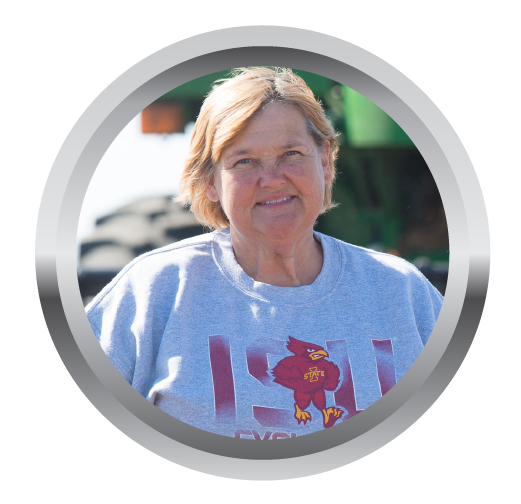 Another member of today’s panel, April Hemmes, is a fourth-generation farmer from Hampton, Iowa. April has been the full-time farmer on her family’s 1,000-acre farm for nearly forty years. In addition to managing their corn and soybean operation, she has previously conducted research for the Iowa State University Agronomy department, worked for the Iowa Swine Testing Station, and served as a legislative aide in Washington, DC. She currently serves on a large number of agriculture boards including the United Soybean Board.

April has participated in grant-writing to promote women’s education in agriculture. She focuses on finance, marketing, intergenerational communication, and informing asset owners. Her extensive work in the ag industry has been showcased in many media outlets, including the cover of Successful Farming magazine. April has participated in two USAID Farmer to Farmer projects and has been fortunate to travel the United States and six continents to study agriculture and promote U.S. raised commodities.

As April quips, “she does it all, from banking to beans.” 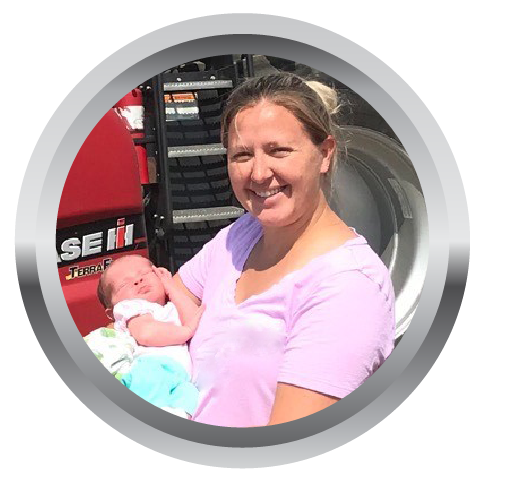 The final panelist for today’s event was Rita Herford, an owner-operator of her family farm in Huron County, Michigan. In additional to raising her three young girls, she also runs a large farm operation of over 5,000 acres. She, her parents, and two brothers currently produce sugar beets, corn, wheat, dry edible beans, and rye.

In 2015, Rita was honored by the White House as a “Champion of Change” for her passion for agriculture. She is proud to share her farm’s story with local groups and on social media to educate consumers about how modern-day farmers grow safe and affordable food for families across the country.

AgriSompo North America is proud to sponsor events like today’s Women Farm, Too! Understanding the diverse perspectives of America’s farmers is important for strengthening the ag industry. During the event, the panelists shared their experiences with being women in a traditionally male-dominated world.

All three speakers are mothers and balancing that role with full-time farm work is a daily struggle. Traditional stereotypes persist in the industry, including the belief that once women become mothers, they should stay home and take care of the children. Each of our panelists have experienced judgment regarding their decisions in this area.

April felt shame regarding her decision to send her children to daycare so she could focus on day-to-day farming operations. Most judgment in this area came from an older generation who didn’t understand why the kids couldn’t be raised on the farm while she worked. That wouldn’t work for April, a full-time farmer responsible for everything in the operation.

Jennifer agreed that it’s important to highlight the role of mothers as farmers. People just don’t seem to understand that farming is their “job” and the expectation that the kids will just “grow up on the farm” needs to go away. It’s not a safe option for most people and this outmoded idea can be a barrier for attracting women into farming careers. She wishes more people understood that a farm is a workplace, not a daycare center.

The panelists also shined a light on the strain of the farming life on women. It was noted that women in the ag industry need to grow thick skins.  It’s important to find peer groups or mental health professionals that can help women farmers share their struggles in safe environments. Mental health concerns are real and the participants each stressed the importance of facing those issues head on.

Overall, Rita feels that the role of a woman farmer is about balance. All her roles (wife, mother, farmer, advocate) encompass who she is. In her current season of life with young children, she’s not able to spend 16 hours a day in the field, but she knows that in ten years, things will be different, and her roles will shift again.

As for advice for future generations of female farmers, the panelists would agree that while farming is “who they are,” it’s also a job, a profession. The best advice they could give is to find the right balance of a passion for agriculture and a passion for other parts of life. It’s also important to recognize that this challenge is often bigger for women farmers. Jennifer summed it up well when she said women need to be bold and make ourselves heard – “not everybody will want to hear our voices, but it’s important that we keep speaking.”